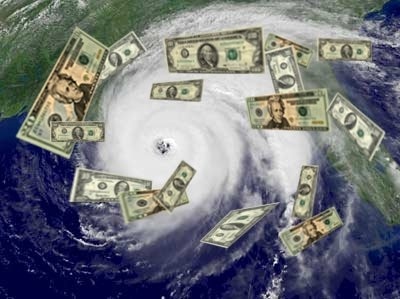 Days before Hurricane Irma ravaged the Caribbean and parts of Florida, speculations about Irma’s path flooded social media. I received an urgent text message from a friend. His neighbor received word from a trusted friend who works with NOAA that they were “projecting this thing to hit Charleston as a [category] 4 Monday afternoon.” The message explained that NOAA determined the Gulf Stream will push Irma right and then north, and that it was “projected to be worse than Hugo.” They had a meeting with Governor McMaster, and an evacuation was imminent. The source seemed reliable. The prediction plausible. The message urgent: Get out now!

We wanted to be safe, but we didn't want to incur unnecessary expenses or inconveniences. So we decided to stick to our "hurricane plan" and wait. We prepared. But we did not panic. We would keep cool heads, pack our things, secure our home, and be ready to take action if and when the time came.

By Friday afternoon, the local news was telling a different story. And by Saturday, it became clear Irma would largely miss the Lowcountry, albeit for some side-effects. At my house, we experienced wind and rain. That’s it. We didn’t even lose power. Fortunately we came out unscathed. As the sun emerged on Tuesday morning, we were glad we stayed. We didn’t regret preparing, but we were glad we didn’t panic.

The experience reminded me of an email I recently received from a friend a few months ago. The email began, “MIKE, I RECEIVED THE FOLLOWING EMAIL FROM A NEIGHBOR. I TRUST HIM IMPLICITLY.” The entire email was in caps, which insinuates shouting (keep that in mind next time you decide to use all-caps). The source went on to explain how a trusted friend who worked for the Canadian government had some urgent advice. Canada was about to legalize medical marijuana on Tuesday. The announcement was expected to have a ripple effect, sending marijuana stocks soaring as well as stocks of associated businesses. The email listed three marijuana stocks that would undoubtedly surge after the announcement. “Now is the time to buy,” the friend urged. The email referenced previous advice that offered similar predictions, which rewarded obedient investors with triple-digit returns in a matter of months. One could expect the same should they heed this advice as well. Investors who delay would miss the boat. The source seemed reliable. The prediction plausible. The message urgent: Buy now!

I credit my friend for maintaining a cool head and for reaching out to me rather than acting on his neighbor’s friend's advice. (We never did get clarification as to the precise identity of the neighbor's "trusted friend.") I have received countless emails similar in nature. Sometimes the email provides specific stock, bond, or commodity recommendations. Other times it warns investors of an impending downturn, suggesting they pull everything out of the market. On the surface, the sources usually seem reliable. The advice seems plausible. The message, whether implicit or explicit, is always urgent: Get out now! Or Buy Now! But the anticipated outcomes rarely materialize. No one can predict the future with any degree of certainty or consistency. When someone offers a prediction, I generally respond, “You might be right.” Which of course means they might be wrong, too. And from my experience, market predictions are wrong as often (or more often) than 10-day hurricane predictions. Those who happen to guess correctly are hailed as “geniuses,” and those who guess wrong are often forgotten.

Investors who choose not to act on such predictions often forget about them soon after asking for my opinion. (I generally tell them to ignore the so-called prediction.) I enjoy marking my calendar and following up on those predictions to see how they turn out. Generally the predictions are exaggerated at best, but more often than not, they are completely wrong. The marijuana stocks that promised triple-digit returns in three months actually declined in value, quite substantially. One of them lost almost two-thirds of its value. It is also not surprising that even the pros get it wrong more often than they get it right. SPIVA's annual scorecard on active management recently found that a very small percentage of active investment managers have out-performed their benchmarks over the long-term. So it's usually best to ignore advice from those who attempt to outguess the markets or predict with certainty what a stock will do over the short-term.

If a hurricane is imminent and evacuations issued, it is obviously best to take action - pack up your most important belongings and leave. Likewise, as markets fluctuate, it can makes sense to take action - rebalance your portfolio. Rebalancing is a structured method of selling off some of the investments that have appreciated to buy some of the investments that have declined, thus helping you maintain your target allocation (i.e. mixture of stocks and bonds). If you'll need money in the short-term, say 3-5 years, it's best not to invest those funds since markets tend to fluctuate. For money you plan to invest over the longer term, rarely is it wise to pull all of your money out of the market. Pulling all of your money out of the market for fear of a crash would be akin to renting a tractor trailer and moving all of your belongings out of your house because there’s a hurricane developing somewhere in the Atlantic.

We know hurricanes will hit just like we know stock markets will crash. But whether we are talking about stock markets or hurricanes, it is often best to prepare rather than panic. Operate intelligently rather than emotionally. Similar to a hurricane guide and written disaster plan, your Investment Policy Statement (IPS) outlines the preparations we take to try and mitigate losses and avoid potential mistakes when disaster strikes. Among those preparations are: Diversifying to reduce market risk, maintaining the proper mixture of stock and bond funds, rebalancing, keeping costs low, and not trying to outguess the markets. Rather than trying to predict markets (or hurricanes), focus on your long-term plan. Be prepared. Take appropriate action when necessary. Don't panic. Don't move the whole house. And ignore those silly emails!