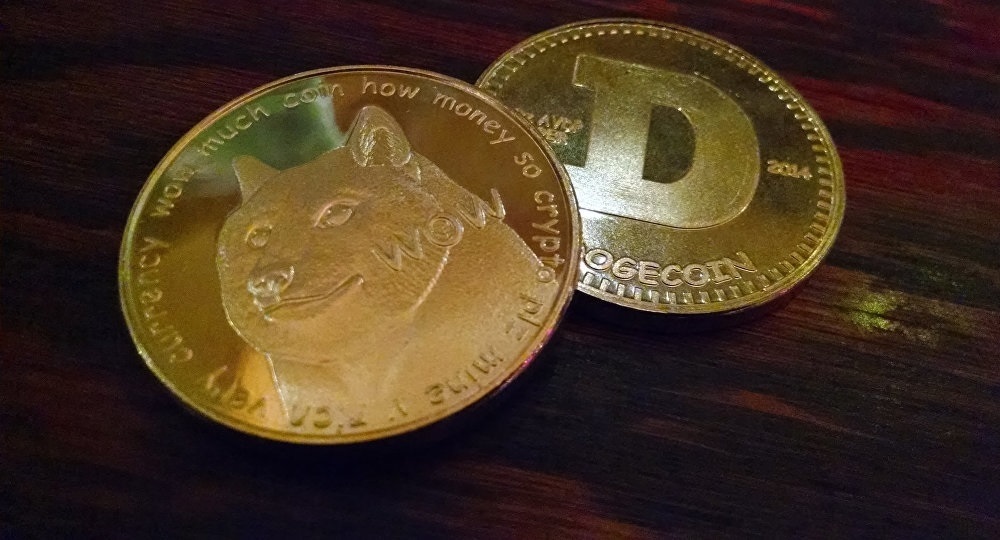 "I'm Such a Loser!" (Some Thoughts on Cryptocurrency)

"I invested in Paycoin; I'm a loser!"

We don't hear too many investors bragging about losers they picked. Instead, we hear them bragging about the winners. We hear stories in the media, or from friends, about people making LOTS of money investing in certain stocks or in cryptocurrency, so we assume such events are more common than they really are (psychologists refer to this as Availability Bias).

Of course we don't think we could make such silly mistakes like investing in Paycoin (Overconfidence Bias).

Clearly Bitcoin and Dogecoin were destined to be winners! It's so obvious! .... after the fact (Hindsight Bias).

Can You Get Rich Investing in Cryptocurrency?

Imagine attending a Jimmy Buffett concert at the Coliseum with 10,000 other fans. For some strange reason, Jimmy Buffet makes an odd request: He asks everyone in the crowd to flip a coin ten times.

100 people in the crowd land heads ten times in a row. The prize: Front row seats!

Question 1: Did those 100 "winners" have some sort of special coin-flipping skills? Or did they just get lucky?

Question 2: If Jimmy asked everyone to flip their coins ten more times, what are the odds you could identify the new winners ... ahead of time?

The people you hear about making millions trading cryptocurrency are like the lucky coin-flippers at a Jimmy Buffet Concert. You're likely to hear a lot from the winners -- they may be in the news, you may hear stories about them from friends or family members who know one of the winners. But within the noise, it becomes easy to overlook the fact that 9,900 people lost.

There are close to 10,000 different forms of cryptocurrency, and many more being mined every day. So while it may seem like Bitcoin and Dogecoin were destined to be winners, in reality, you had to be quite lucky to have chosen Dogecoin over, say, Feathercoin, which was a much more serious cryptocurrency (remember, Dogecoin was initially created as a joke).

So YES, you can potentially become crazy wealthy investing in cryptocurrency ... but the odds are miniscule. And if you do, it probably won't be due to skill or predictive ability.

Is Cryptocurrency the Future of "Currency"?

At his annual economic outlook conference on Daniel Island a few years ago, local economist Stephen Sliffer said that it is wrong to describe cryptocurrency as "currency" because it does not fulfill the basic properties of money.

In MIT Technology Review, David Yermack agreed and added that cryptocurrency also lacks additional characteristics usually associated with currencies: "It cannot be deposited in a bank; instead it must be held in 'digital wallets' that have proved vulnerable to thieves and hackers. There is nothing comparable to the deposit insurance relied on by banking consumers. No lenders use bitcoins as the unit of account for consumer credit, auto loans, or mortgages, and no credit or debit cards are denominated in bitcoins."

As I was finishing this blog, both the U.S. and China announced tighter regulation of cryptocurrency. The U.S. Treasury Department released a statement saying, "Cryptocurrency already poses a significant detection problem by facilitating illegal activity broadly including tax evasion."

Yep, even Bitcoin, widely considered the most legitimate cryptocurrency, could potentially become highly regulated or even banned altogether. One terrorist attack funded by Bitcoin or Dogecoin could spell the end of that particularly cryptocurrency (and your investment in it).

Additionally, beware of get-rich-quick scams like "crypto-MLMs" (multi-level marketing schemes) and social media advertisements promising high returns. If it sounds too good to be true, it probably is.

When we hear stories of people getting rich overnight, it’s natural to want a piece of the action. We may even experience what psychologists refer to as FOMO, or "Fear of Missing Out." It's important to recognize FOMO is an emotionally-driven investment decision, not one based on rigorous analytics or science. Our long-term investment strategy seeks to avoid emotional investing in favor of science-based investing. Does this mean you should avoid investing in individual stocks or cryptocurrency? Not at all. It just means you should consider the pros and cons and understand the difference between investing and speculating.

Buying cryptocurrency is speculating, which is not a bad thing, as long as we don't confuse it with our long-term investing strategy. Playing the slot-machines in Vegas can be fun, but you certainly wouldn't want to confuse it with your investment strategy for retirement. As an advisor, I do not provide advice on stock-picking, market timing, or speculating, since these strategies are based on luck and not on skill. My job is to help you invest in a more responsible way, using a science-based academic approach to balancing risk and return. If you wish to include cryptocurrency in your portfolio, I generally recommend putting no more than 5 percent of your portfolio value in more speculative assets, and only in an amount you would be willing to lose if the investment doesn't pan out. If you are contemplating putting more than 5 percent of your portfolio in cryptocurrency, or if losing that money would devastate your long-term plans, then it's probably best to stick to a more historically reliable investment strategy.